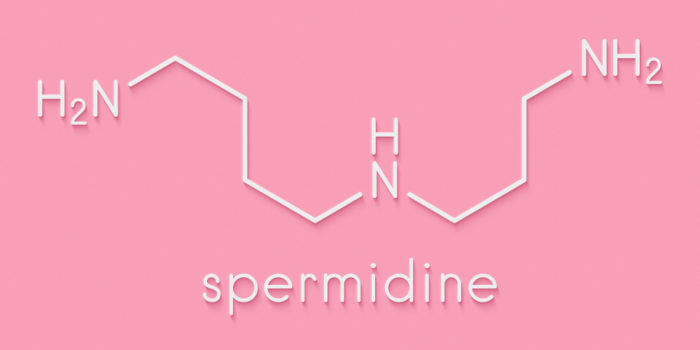 In Ancient Greece, Aristotle commented about the importance of semen. To the author of the ‘best-selling’ ancient books on morality, The Nicomachean Ethics, semen is:… the residue derived from nourishment, that is of blood, that has been highly concocted to the optimum temperature and substance. This can only be emitted by the male as only the male, by nature of his very being, has the requisite heat to concoct blood into semen.

The Nicomachean Ethics is a defense of the idea of eudaimonism (human flourishing or happiness) and was used, according to Aristotle to direct the connection between food and semen:

Sperms are the excretion of our food, or to put it more clearly, as the most perfect component of our food.

By the way, sperm is a part of semen, but semen isn’t a part of sperm.

Foods that are high in spermidine, (a polyamine compound found in ribosomes and living tissues) can help induce a bodily function known as autophagy. Autophagy is the body’s process of replacing old, dying, or damaged cells with newer healthier cells. As you can imagine, this process is crucial for your overall wellbeing and can help increase your longevity.

Spermidine (SPD) also serves various metabolic functions within organisms and was originally isolated from semen. As a natural autophagy-promoting polyamine, it can be of great help for age-related memory. As a result, polyamines are associated with cell growth, aging, memory performance, neurodegenerative diseases, metabolic disorders, and cancer.

Memory performance was enhanced in the SPD group compared with placebo at the end of intervention. Thirty adults, aged 60-80, received for three months either a polyamine-rich plant extract each day or a placebo. This is the first human study to evaluate the impact of spermidine supplementation on memory performance in older adults at risk for the development of Alzheimer’s disease.

Previous spermidine studies have shown that spermidine can trigger the important process of dissolving amyloid-beta plaques by autophagy.[ii] (Figure 1). Blood results showed a significant correlation between the spermidine concentration and the mini-mental state examination. It can be concluded that spermidine might be suitable as a biomarker for the diagnosis of neurocognitive changes, (i.e., senile dementia or Alzheimer’s disease).

[i] Grittner U, Schmitz D, Sigrist SJ, et al. The effect of spermidine on memory performance in older adults at risk for dementia: A randomized controlled trial. Cortex. 2018 Dec;109:181-8.

Figure 1: A normal neuron compared to the development of amyloid plaques in the brain.

Recent evidence suggests that systemic SPD improves the persistence of the long-term memory of fear. In 2014, scientists found that it enhanced autophagy and is crucial for polyamine-induced suppression of necrosis and enhanced longevity.[i] Persistence is the most characteristic attribute of long-term memory.

Foods that contain SPD include soybeans, green peas, lentil soup, potatoes, chicken, pears, mushrooms, and in particular, aged cheese. Yet it is hardly possible to get the same amounts as supplied in the 2018 study through food, and certainly day after day, without suffering from diet boredom. And amounts do vary significantly in many foods. Recent spermidine supplements are principally derived from wheat germ (figure 2).

Spermidine Is a Longevity Elixir

SPD is a novel autophagy inducer and longevity elixir. It is a new longevity compound that can increase life span in yeast, nematodes, and flies, possibly through an effect on chromatin-mediated regulation of gene expression. The specific means by which autophagy targets specific proteins in the body has recently gained major attention due to the role of autophagy in human pathologies. It is here that specific proteinaceous cargo is insufficiently recruited to the autophagosome compartment, albeit functional autophagy activity.[i]

Another study reported that SPD levels were significantly reduced in idiopathic pulmonary fibrosis (IPF) of the lung.[ii] This positive effect was related to the antiapoptotic downregulation of the ERS pathway, antisenescence effects, and autophagy activation. Findings suggest that SPD could be a therapeutic agent for IPF treatment.

The Importance of Autophagy

Among various studies, there is evidence that autophagy provides immunogenicity in older humans (figure 3) and that there are at least two novel drug targets that may increase vaccination efficiency in the aging context.[iii] SPD was involved in the regulation of salt tolerance through activating the expression of autophagy-related genes and the formation of autophagosomes in cucumber under salt stress.[iv]

It is a well-known autophagy inducer that maintains cellular and neuronal homeostasis. Furthermore, current studies highlight the ability of SPD to promote longevity by inducing autophagy. Thus, SPD can elicit an anti-inflammatory program driven by mtROS-dependent AMPK activation, hypoxia-inducible factor-1 stabilization, and autophagy induction in macrophages.

Figure 3: The processes that autophagy can impact.

Adenosine 5′ monophosphate-activated protein kinase (AMPK) is an enzyme that is known as the body’s ‘master regulator of energy metabolism.’ Why? Because it works as an energy sensor within our cells. Researchers believe that as we age, AMPK activity significantly decreases. This is one reason why we experience changes in appetite, body weight, energy levels, etc.

New scientific results suggest that SPD may be beneficial for neuroprotection during aging and age-related disorders. As an autophagy inducer, SPD is a therapeutic strategy in neurological disorders.[i] SPD is a naturally occurring endogenous polyamine synthesized from the diamine putrescine.

Among the polyamines, SPD is found highest in the human brain. Age-linked fluctuations in the SPD levels may possibly contribute to the impairments in neural network and neurogenesis. Exogenously administered SPD helps in the treatment of brain diseases.

SPD ameliorates liver ischemia-reperfusion [IR] injury through the regulation of autophagy by the AMPK-mTOR-ULK1 signaling pathway. IR injury is a common clinical challenge lacking effective therapy. The aim of this study was to investigate whether SPD does have protective effects against hepatic IR injury through autophagy.

Results provide the first line of evidence that SPD provides protection against IR-induced injury in the liver by regulating autophagy through the AMPK-mTOR-ULK1 signaling pathway. These results suggest that SPD may be beneficial for hepatic IR injury.11 Also, SPD restores dysregulated autophagy and polyamine.

Continuing with restoration, SPD dysregulates autophagy and polyamine synthesis in aged and osteoarthritic chondrocytes via EP300.[vi]

Is SPD a physiological autophagy inducer acting as an antiaging vitamin in humans? SPD stimulates cytoprotective macro-autophagy/autophagy. External supplementation of SPD extends lifespan and healthspan across species, including in yeast, nematodes, flies, and mice. In humans, SPD levels decline with aging, and a possible connection between reduced endogenous SPD concentrations and age-related deterioration has been suggested.

Recent epidemiological data support this notion, showing that an increased uptake of this polyamine with SPD- and OA in chondrocytes may lead to improved treatment approaches to protect against cartilage degradation. SPD restores dysregulated autophagy and polyamine synthesis in aged and osteoarthritis (OA) chondrocytes via EP300.[vii] Aging is the primary risk factor for OA.

Autophagy has been found to mitigate cell apoptosis in intervertebral disc degeneration (IDD). Thus, SPD protects nucleus pulposus cells against apoptosis through autophagy activation and improves disc, which may be beneficial for the treatment of IDD.

Spermidine inhibits lipid accumulation and necrotic core formation through stimulation of cholesterol efflux, albeit without changing plaque size or cellular composition. These effects, which are driven by autophagy in human vascular smooth muscle cells (VSMC), support the general idea that autophagy induction is potentially useful to prevent vascular disease.

SPD and resveratrol, (an important antioxidant polyphenol), induce autophagy by distinct pathways converging on the acetylproteome.[xiv] Autophagy mediates pharmacological lifespan extension by SPD and resveratrol. Given that polyamines in general and SPD are endogenous metabolites, our findings place them as candidate target substances for age-induced memory impairment (AMI) treatment.

In a 2009 paper, it is shown that the acetylase inhibitor SPD stimulates autophagy independent of SIRT1 in human and yeast cells as well as in nematodes. Doses with resveratrol or SPD alone do not produce autophagy, but synergistically they can. Altogether, the data from this study underscores the importance of an autophagy regulatory network of antagonistic deacetylases and acetylases that can be pharmacologically manipulated.

Although autophagy has widely been conceived as a self-destructive mechanism that causes cell death, accumulating evidence suggests that autophagy usually mediates cyto-protection, thereby avoiding the apoptotic or necrotic demise of stressed cells.

Induction of autophagy by spermidine promotes longevity.[xviii] Aging results from complex genetically and epigenetically programmed processes that are elicited in part by noxious or stressful events that cause programmed cell death.

Scientists have shown that a 6-month administration of SPD in the drinking water of aged mice is sufficient to significantly attenuate distinct age-associated phenotypes loss. These include modulation of brain glucose metabolism, suppression of distinct cardiac inflammation parameters, decreased number of pathological sights in kidney and liver, and decrease of age-induced hair loss.

In male mice, dietary sucrose and fat caused diverse metabolic and microbiota changes that were differentially susceptible to physical exercise.[xx] SPD has the potential to augment activity-induced beneficial effects, particularly for sucrose-induced obesity.

While spermidine is beneficial at any age, it becomes even more important as you age. A 2006 study published in the Journal of Biochemistry[xxi] measured changes in polyamine levels during aging by using 2-, 10- and 26-week-old female mice. Notably, the polyamine levels in the brain, pancreas and uterus remained the same for all three age groups.

The amount of spermidine found in the intestine decreased slightly and fell significantly in the heart, kidney, liver, lung, ovary, spleen, stomach, and thymus, as well as muscle.

In the skin, the level of spermidine was maximal in 10-week-old mice and markedly reduced in the 26-week-old group. The study authors asserted, “The results suggest maintenance of polyamine levels may play important roles in the function of the pancreas, brain and uterus in 3- to 26-week-old mice.”

In humans, the reality is that cell growth slows dramatically without polyamine synthesis. In fact, with age, cell growth could stop unless you consume foods or supplements containing polyamines which also have been shown to help hair-loss conditions. As you can imagine, if you’re not growing new cells, your tissues and organs will begin to deteriorate, accelerating aging. That is why it is important to obtain enough spermidine and other polyamines in your daily diet and now spermidine supplements have become available recently to help us do just that. 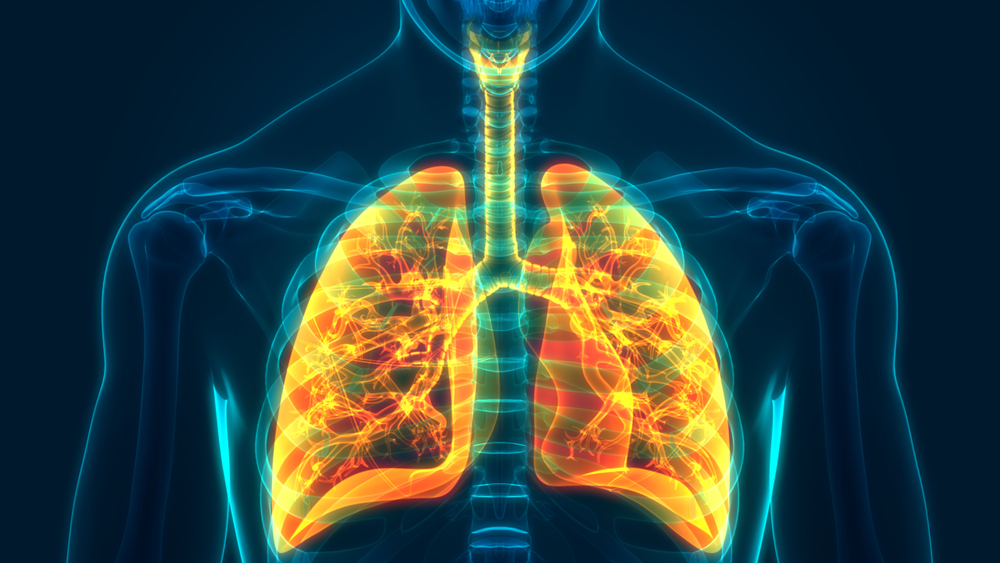 A better sense of respiratory health 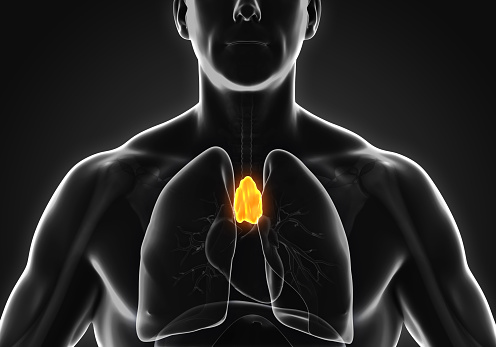 Researchers develop a technique to regenerate the mouse thymus 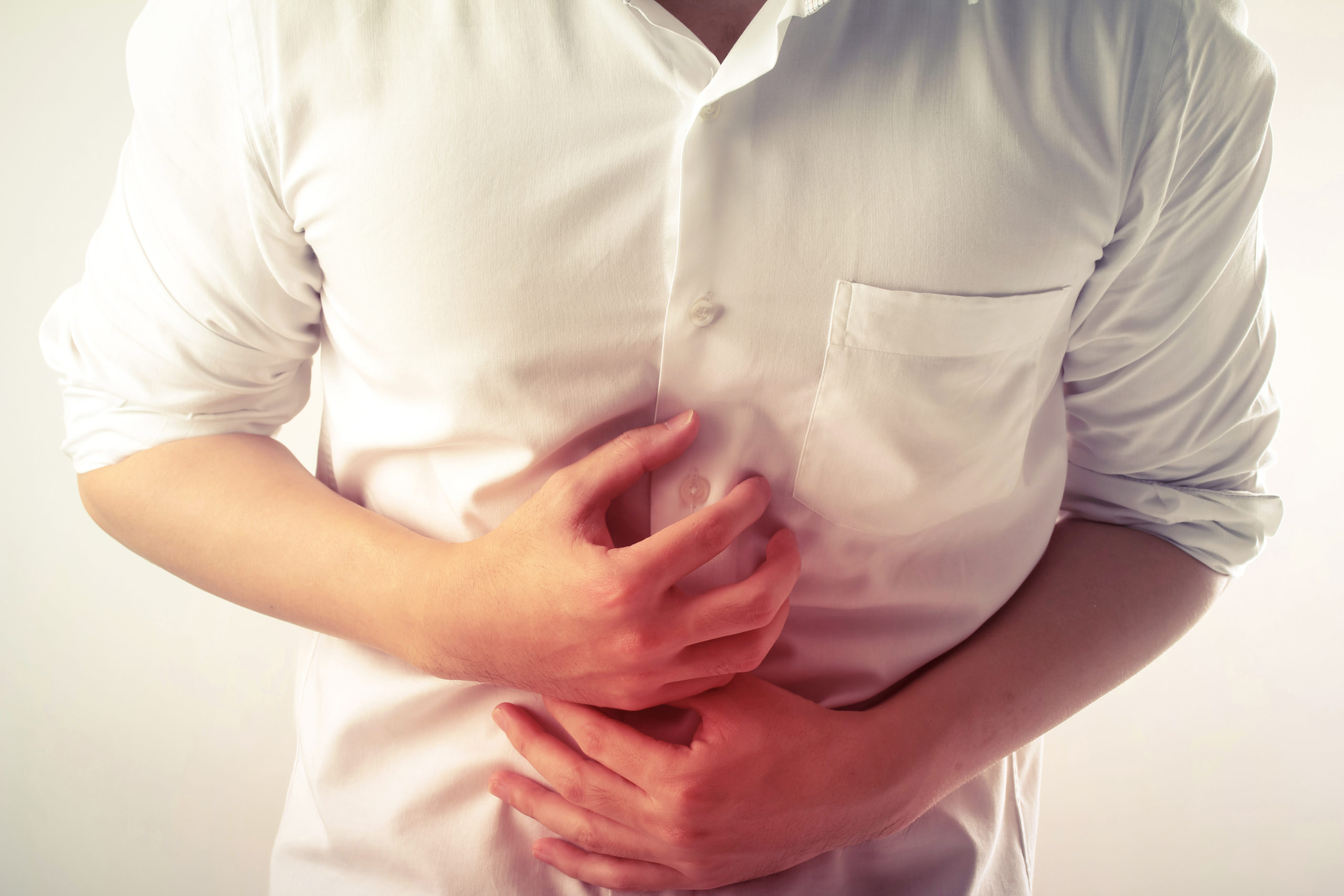