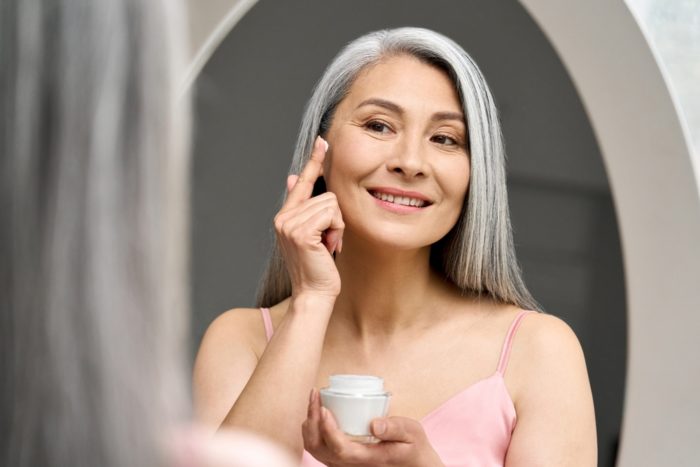 When you picture skin aging, what is the first thing that comes to mind? Most likely it’s wrinkles, fine lines, furrows, and sagging skin – the external manifestations of growing older.

As the skin is the largest and the outermost organ of the body, (figure 1) it’s subject to the damaging effects of the environment. The skin is unique in that it undergoes aging both from the inside, because of a genetically programmed clock, and from the outside, due to environmental exposure, particularly UV radiation from sunlight. The effects of chronic sun exposure overlaid on the background of chronological aging are a sure predictor for prematurely aged skin.

Figure 1: The layers of human skin.

The good news is that a huge trove of clinical studies performed over the last 25 years indicates that the detrimental structural and cosmetic changes to the skin induced by aging compounded with cumulative UV radiation can be improved, and even reversed, by the topical use of vitamin A derivatives known as retinol/ retinoids; in particular, we’ll look at one of these analogs, tretinoin, the active ingredient in Retin-A® and RetinPro™ creams. Tretinoin is the most widely investigated and possibly the most potent retinoid to treat the combined effects of the internal and external assaults to the skin.

What Causes Skin to Age?

Skin is a complex organ comprising various structures and cell types that play a variety of roles, including protection from the environment, heat regulation, immune response, water, and electrolyte balance, among others. (1) Skin aging is a complicated biological process resulting from what scientists call intrinsic (internally produced) and extrinsic (external) factors. Intrinsic, or chronological, skin aging is influenced by genetics, hormonal changes, smoking, illness, and the generation of reactive oxygen and nitrogen species as by-products of routine metabolism. (1-3) Extrinsic factors that age skin includes environmental exposure to DNA-damaging agents such as UV radiation from sunlight, pollution, and smoke. (1-3) yet by far, solar UV radiation is the single most destructive element responsible for prematurely aged skin. (1,4,5) Intrinsic skin aging that occurs simultaneously with chronic UV exposure is known as photoaging ─ a combination age-accelerating process that alters the skin’s structure, function, and appearance (figure 2).

Figure 2: The effect of a sun protected face (left) with a sun exposed face (right) over time.

What are the differences between photoaged and chronologically aged skin?

With increased age, the skin’s rejuvenation process slows down, and skin loses its suppleness and thickness due to atrophy of the epidermis (the outer layer of skin) and degradation of the dermal extracellular matrix (1) ─ the portion of skin tissue other than cells that is filled by a variety of fibrous proteins including collagen, elastin and fibrillin, and polysaccharides known as glycosaminoglycans. These components network to form an organized, intricate structural framework that gives the skin its elasticity, density, and strength. Loss of these support macromolecules leads to the thin, dry, and saggy appearance characteristic of chronologically aged skin (figure 2).

We’ve already seen that one aspect of intrinsic aging is increased oxidative stress due to the generation of reactive oxygen species (ROS) that damage skin (as well as internal organs and tissues). In photoaged skin, repeated exposure to sunlight sets off a chain reaction accelerating ROS production even further, altering gene and protein structure and function and decreasing endogenous antioxidant enzymes. (1) In addition, UV radiation triggers biochemical pathways associated with inflammation, decreased immune response and further degradation of the epidermis and dermal extracellular matrix, (1,3,6) including collagen, elastin and fibrillin loss. (7,8) These damaging processes lead to photoaged skin with a yellowish appearance, fine and coarse wrinkles, mottled and abnormal pigmentation (age spots), and roughness. (1,2;7-10) (Figure 3).

In addition, due to the DNA-damaging effects of the sun, photoaged skin is prone to the development of precancerous and cancerous skin lesions. (1,11) (These features of photoaging are more common in Caucasians as compared with other skin types. (2))

So, although they share some similar features such as wrinkles and loss of skin thickness, chronologically and photoaged skin do have somewhat different presentations.

Figure 3: An example of glycated skin.

Tretinoin is the ‘gold standard’ topical retinoid to reverse photodamage

A variety of methods, including surgery, can improve the appearance of photoaged skin, but the only therapy that has stood the test of extensive clinical trials, validating their efficacy in repairing the dermal extracellular matrix and ameliorating signs of photodamage is the use of topical retinoids. The retinoid family comprises vitamin A (retinol) and both its natural metabolites, including tretinoin, as well as synthetic derivatives. Retinoids are required for a vast number of biological processes including embryogenesis, reproduction, vision, immune modulation, (1) and most importantly for our discussion, cellular growth and differentiation and the activation of the skin’s repair mechanisms. (1) Topical retinoids have been demonstrated to be effective, safe, and even essential in the treatment and prevention of photo-damaged skin and were first introduced for this purpose about 30 years ago.

In the body, retinol is metabolized to several important products including tretinoin, the carboxylic acid analog, also known as all-trans retinoic acid. Tretinoin has been used as a topical therapy for acne, psoriasis, skin cancer, and burns and as mentioned, may be the most potent retinoid in the treatment of photoaging. (1) Tretinoin is considered the ‘gold standard’ of topical remedies for improving, even reversing, the fine and coarse wrinkles, sallowness, pigment abnormalities, and roughness associated with photoaging.

Studies show that topically applied tretinoin increases epidermal proliferation, (1) promotes the synthesis of glycosoaminoglycans, (a source of hydration that when absent results in a dull, leathery appearance), (12) blocks inflammation mediators, (6) and restores the collagen and fibrillin-rich network of the dermal extracellular matrix (6,8) present in youthful skin. In addition, tretinoin “primes” the skin to prevent further matrix degradation by UV, in this way preventing future skin photoaging. (6,9,13) Tretinoin’s tissue-restoring effects are mediated by the binding to, and activation of specific receptors present in skin, known as nuclear retinoid receptors, (1,6,7) that are involved in gene expression, protein synthesis, and cell growth and differentiation and provide the mechanisms necessary for the repair of photodamaged skin. (1)

The first study demonstrating the ability of topical tretinoin to induce collagen production and eliminate wrinkles was performed on the photoaged skin of mice in 1984. (14) Then, in 1986, encouraging results from the first clinical trial on human photodamaged skin (15) spurred a considerable number of studies. Short-term double-blind trials of three, four and six months conducted in the late 1980’s and early 1990’s using various strengths of topical tretinoin cream (typically including the standard therapy of 0.05% tretinoin) showed statistically significant improvement in several features of photoaging, including wrinkles, roughness, sallowness, and abnormal pigmentation. As an added benefit, the improved appearance of the skin was accompanied by a ‘rosy glow.’ (16-21)

Photo of someone middle aged with a rosy complexion.

Subsequent long-term studies were performed to evaluate the effects of continued tretinoin application over months or years. A 1993 study evaluating 0.05% tretinoin cream applied daily for 12 months showed that the major degree of improvement in the signs of photoaging occurred after six months of use, a trend that continued over time. (22) Histological (tissue) studies confirmed that observation: by month 12 of daily tretinoin application, there was an increase in collagen fibers, a reduction of degenerated microfibrillar material (23), renewed epidermal thickness and a return to normal pigmentation (24). A more recent 2005 two-year study corroborated these earlier results: both visual and histological improvements to skin were achieved in patients with moderate to severe photodamage by month 12 of daily 0.05% tretinoin application. (25)

Even those who have taken precautions to avoid the damaging effects of the sun will gladly welcome emerging evidence that topical tretinoin may also benefit intrinsically aged skin. (1,9,13) A study on the daily application of 0.025% tretinoin cream on chronologically aged inner thigh skin for nine months showed significant improvement at the tissue level, (26) suggesting that tretinoin has wide implications in the treatment of both photoaged and chronologically aged skin.

Tretinoin formulations to suit our skin

Although topical tretinoin produces marked improvement, even reversal, of wrinkles and other signs of photoaging, skin sensitivity may occur in some individuals, including dryness or scaling, irritation, and redness. The occurrence and magnitude of these reactions seem to depend on concentration, frequency of use, product base (cream or gel) and individual variations. (27)

To address the issue of skin sensitivity, several trials were conducted to determine the efficacy and tolerability of a low strength cream, between 0.025% to 0.100% tretinoin. Researchers observed significant improvements in the visual and histological signs of photoaging along with good tolerability and fewer instances of adverse effects, (28-30) even with long-term use. (28,30)

It indicated that the 0.05% tretinoin cream is the better option for most individuals.

How to use tretinoin

It may be wise to begin with a small amount and slowly increase the frequency of application (for example, from two to three times a week to daily). Apply a small amount to thoroughly cleansed and dry skin in the evening and avoid contact with the eyes, corners of the nose, and mouth. The use of a daily moisturizer such as Youth Gems® is recommended (if moisturizer is used in the evening, wait 30 minutes after applying the tretinoin cream). Tretinoin can cause photosensitization, or increased sensitivity to sun. Avoid sun exposure and use a quality sunblock or sunscreen and wear protective clothing. Also avoid weather extremes such as wind and cold, if possible.

As we have just seen, the synergistic effects of chronological aging compounded with chronic sun exposure can wreak havoc on the skin. Despite an array of techniques and products claiming to efface wrinkles, only retinoids have undergone the battery of clinical trials necessary to clearly establish their efficacy in reversing the damaging processes involved in photoaging. One retinoid, tretinoin, is the most thoroughly investigated of its class and considered the ‘gold standard’ therapy for treating and reversing wrinkles, age spots, roughness, and sallowness. Tretinoin is a clinically proven therapies that you can count on to reverse skin aging and regain a youthful appearance and is a go-to-choice amongst cosmetic professionals. 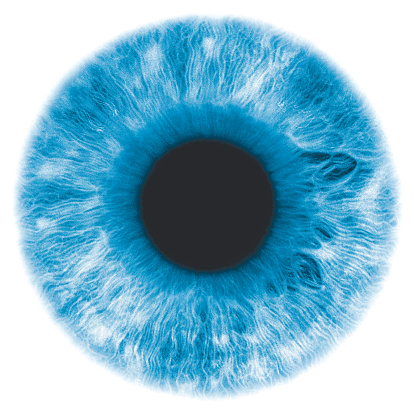 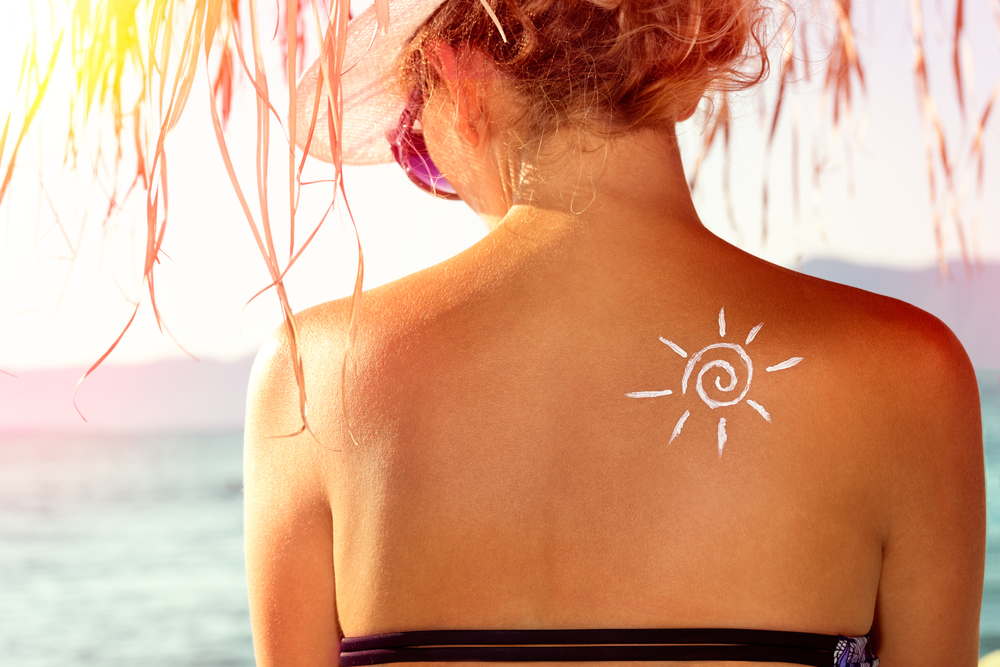 Can sun-damaged skin be reversed? 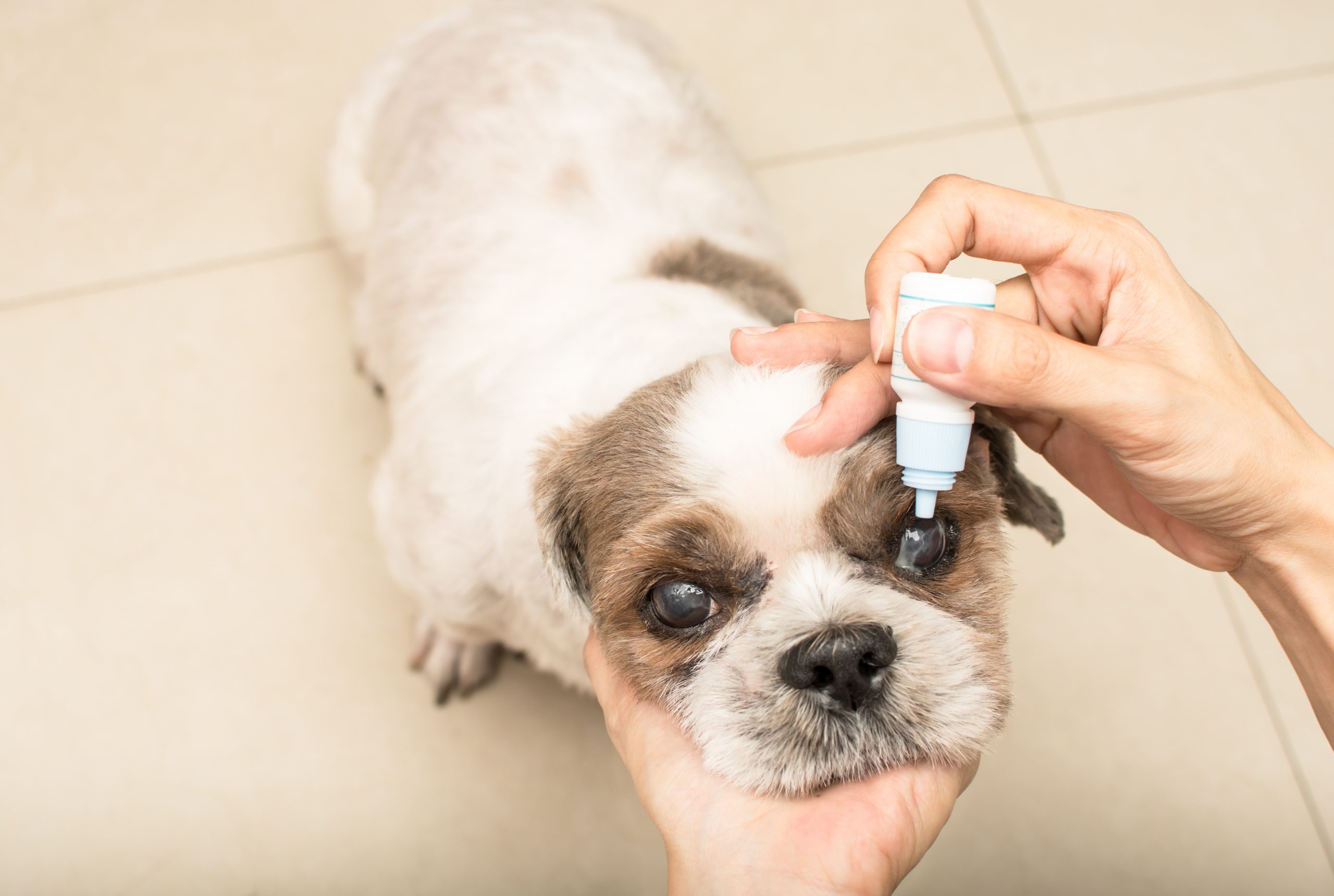 Can you see right into your dog’s eyes?

Men: How to Enhance Your Sex Life Naturally and Safely